Be the first to review this product
SKU
P272G-642
Notify me when this product is in stock
Add to Wish List Add to Compare
Request info about this product Email to a Friend
Robust bent Apple, smooth, dark brown colour, aluminum band
Skip to the end of the images gallery
View 360° 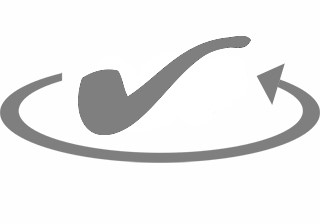 This series takes inspiration from the painting "Fuoco/Fire" by the famous painter Giuseppe Arcimboldo. Savinelli's Fire Series has a particular aluminum band on two levels. The result of a particular process, this elegant pipe is mounted onto on the pipe shank, almost resembling a flock tenon. The pipe has a smooth, dark brown finishing obtained using only natural pigmentation. Very particular model which reminds the Irish one, produced only in few series. We classify Model 642 as a bent Apple. The pipe has a pronounced bend and a thick shank. A pipe which doesn't go unnoticed.